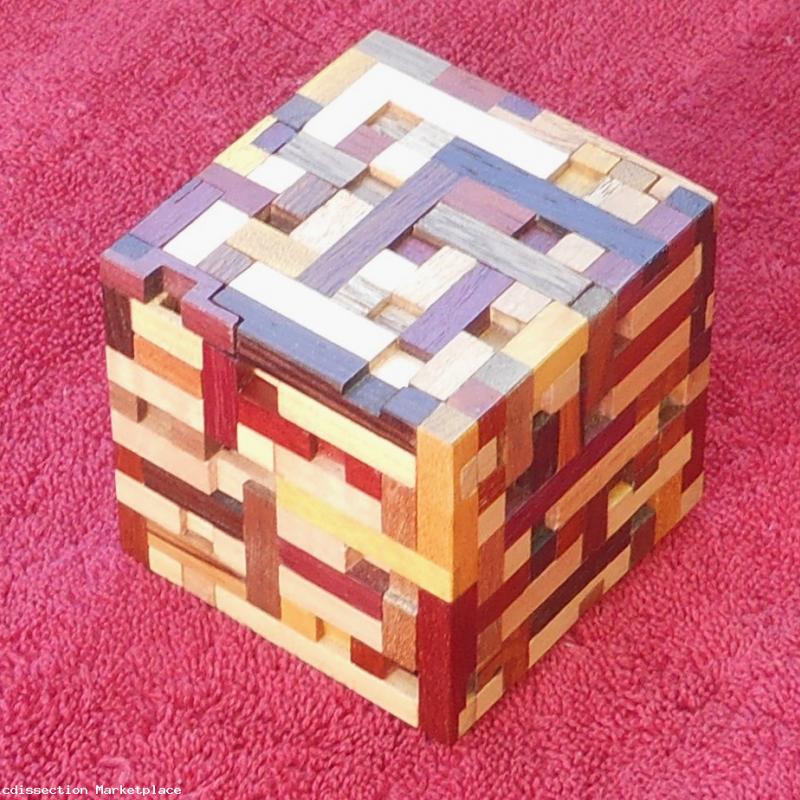 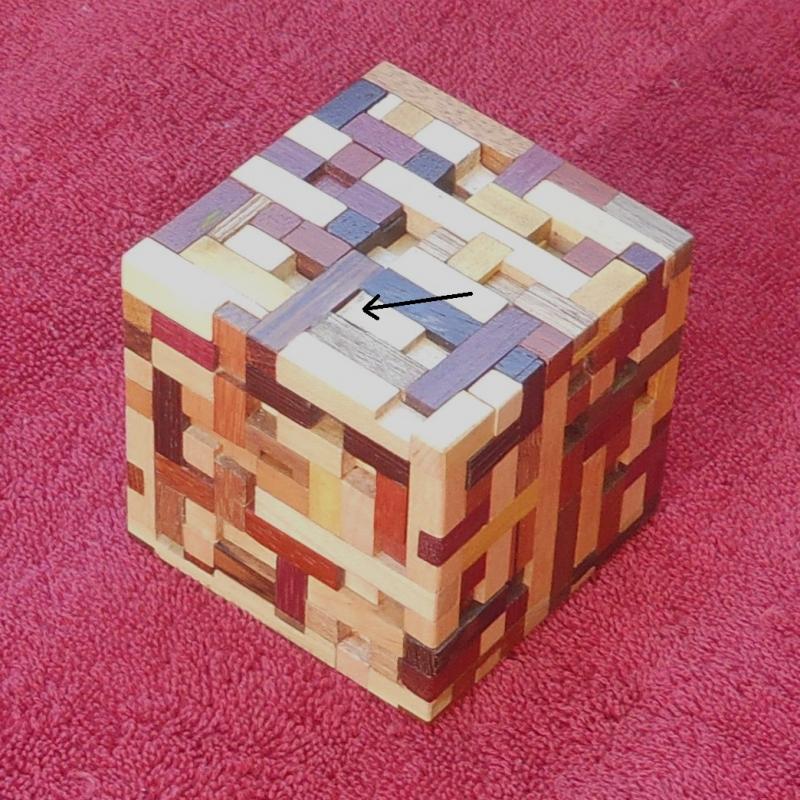 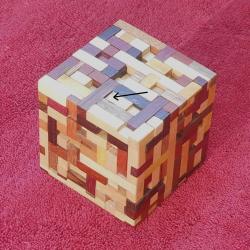 This Gordian Knot puzzlebox was never completed from its limited edition run.  Instead its many pieces rested in a storage box for several years.  These were set aside for mechanical issues, or because they required the re-cutting of missing parts in order to be finished.  At the time, Robert decided that they required so much attention that they were just not cost effective to complete.

Robert agreed to let me (his apprentice) work on such puzzles when there is little else to do in the shop, as long as it was on my own time.  I agreed to provide him with their original sales amount, and hoped that any extra amounts generated by auction would justify the many hours I put into making them fully functional.  This particular puzzle is now competed, with smooth movements and operation.  In regards to appearance, it is about par (Rob says) when compared to the others from this same series.

There was one slight discoloration flaw to this particular box initially.  I repaired this during the process of assembly to the point where it is near impossible to now see.  Still, in the spirit of full disclosure, I reveal the area using an arrow in one of the pictures.

It is likely that I will be able to assemble at least one (and perhaps two) more of these puzzles in the future, which will hopefully complete the last of this limited edition set.  Such depends on what additional pieces need to be cut, and how many hours of special attention they might require.

This puzzle was labeled number 25 out of this limited edition set of 28, and comes with the original instruction booklet intended for it.  Formal descriptions of this puzzle can be seen at www.stickmanpuzzlebox.com, but note this web page also shows a picture of it solved.